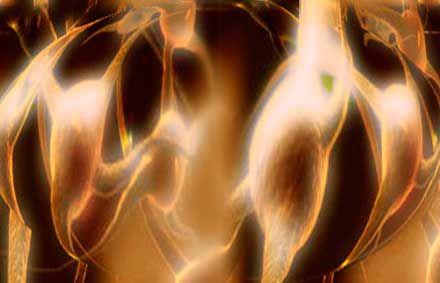 All too often I come upon statements or ideas that are so outrageously narrow-minded, misinformed, or wrongheaded that they nearly put me into shock.

Here are a nine recent ones:

Rush Limbaugh has said “Feminism was established to allow unattractive women easier access to the mainstream.”

Here’s another one: “But even more chilling than these theological fantasies are the political realities LaHaye and his followers embrace. In his 1980 book Battle for the Mind, LaHaye depicted America as a Bible-based country under siege by an elite group of secular humanists conspiring to destroy Christianity. He asserted that secular humanism is ‘the world’s greatest evil and the most deceptive of all religious philosophies.’ It is characterized by its ‘particular hatred toward Christianity,’ and it has been turning our godly nation into one that promotes Darwinism and the mass murder of the unborn, promiscuity, the homosexual agenda, and more.”

I repeat: narrow-minded, misinformed, or wrongheaded. Add intolerant, and religiously bigoted to that. You cannot argue with people who make statements like of that nature. Fortunately most Christians don’t think that way.

I sent a letter to Georgia’s two Senators asking for their comments on the Nobel Prize award to Al Gore. Oddly both responded with virtually the same message so I concluded that their replies were automatically generated. That’s understandable because they’re very busy people. What’s not understandable is that the entire text of the messages was extracted from an Exxon-Mobil handout to decision makers. The letters ended with this revealing comment: “At this time, common sense dictates that we need to be realistic about the cost and practicality of proposed emission reduction solutions, especially since the risks of climate change and its solutions are still open to debate.”

It’s not open to debate any longer. But —  action may threaten the bottom line of energy industry providers. That’s something they don’t want to happen regardless of consequences to global society.

China says West should deal with warming. China insisted Friday the U.S. and other wealthy nations should bear the burden of curbing global warming, saying the problem was created by their lavish way of life. It rejected mandatory emission cuts for its own developing industries.

China is already a bigger polluter than any other country. Given their goal of bringing one or two new coal-fired plants online every week they’ll get much much worse. Coal is the dirtiest form of energy production. The article doesn’t mention that but it’s a documented fact. It also doesn’t mention that approximately 700,000 Chinese die annually from causes directly related to pollution nor the 1000’s of square miles of agricultural land lost to the desert each year in China.

Computer Cults  — why on earth is a personal productivity choice so darn important that it inspires fanatacism?
Worshipping at the Altar of Mac
The Mac community is like a new-age religion, one expert argues, but is it truly a cult?
“The Mac and its fans constitute the equivalent of a religion,” Belk wrote in the video’s abstract. “This religion is based on an origin myth for Apple Computer, heroic and savior legends surrounding its co-founder and current CEO Steve Jobs, the devout faith of its follower congregation, their belief in the righteousness of the Macintosh, the existence of one or more Satanic opponents, Mac believers proselytizing and converting nonbelievers, and the hope among cult members that salvation can be achieved by transcending corporate capitalism.”

“And it [iPhone fan remarks] raised the disturbing question of whether technology is the new frontier of religious warfare. ”

I like the term Intelligent Design because it suggests a purposeful Creator. But there is a movement that used to be called Creationism that found a better term for marketing its ideas: Intelligent Design. For the most part it’s still literal adherence to Bronze Age mythology and seldom includes hard science unless it’s cherry picked (i.e. out of context) to prove a particular point. Many of its adherents have no scientific background. One bestseller on the topic sums up Quantum Physics in a short paragraph quoted from Discover Magazine because the author doesn’t comprehend it. Hugh Ross is the name of an astrophysicist who advocates a literal interpretation of scientific discoveries. He argues that in the entire Universe Earth is the only planet that can generate and sustain life. The deeper symbolisms of the Creation story are lost on him. Scientists who have only been exposed to literalist Christian ideas about creation sometimes reject religion altogether as tribal, mythic, or merely ignorant. Creationism’s Trojan Horse exposes the Intelligent Design movement. Close Connections by John Hatcher reconciles science and religion in an enlightened objective way.

Two more quickies: Pendulum list subscribers who blame Olanzapine (aka Zyprexa, a common medication for mood disorders) for their Diabetes. Nobody gets Diabetes as a side-effect of medication unless there are a great many other risk factors present at the same time. A few of them are dietary choices, stress level, serious health issues such as a high BMI, lifestyle, culture (refers back to dietary factors), habits, indulgences, and genes among others too numerous to mention. The majority of factors must be present or there’s no diabetic side effect. Diabetes has a multitude of causative factors. Diet is one of them: Original Human ‘Stone Age’ Diet Is Good For People With Diabetes, Study Finds

People who say that they’ve banned television from their homes because its content is objectionable. That’s an absurd generalization that fails to take into account the educational, cultural, and redeeming content that exists if a person is open-minded enough to find it and be enriched thereby. They might as well abandon (or burn) books because there are so many morally questionable or otherwise bad books in print. Condemning or banning an entire medium of communication is Luddite.

There are so many more but I just can’t go on.